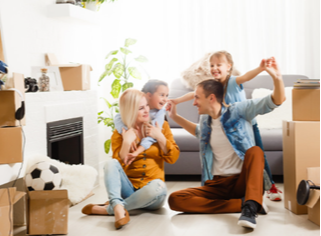 The cost of homeowner’s insurance is on the rise, and it's not looking like it's going to stop anytime soon. This can be a problem for homeowners who have seen their premiums jump by hundreds of dollars over the past few years and are looking for ways to cut back.

Here we will cover some of the main reasons for these increases and how you may be able to lower your rates.

Why Has the Cost of Homeowner’s Insurance Risen So Dramatically?

While the average home value has increased by more than 50% since 2010, the cost of homeowner's insurance has risen even faster, with some states experiencing increases as high as 80%. In addition to this increase in property value, there are more claims being filed each year—which also drives up costs.

The increase in costs may also be due to several other factors, including:

The cost of homeowner's insurance has risen dramatically over the past decade, with some homeowners seeing their premiums increase by as much as 80 percent in just one year.

Rising costs affect different groups of people in different ways—younger people pay more than older people because they tend to live in high-risk areas (such as California or Florida). The elderly are less likely to move and therefore are more affected by higher rates to cover their older homes. Middle-aged people with average incomes currently have the most difficulty finding affordable coverage—a situation exacerbated by the fact that they're often at their most financially vulnerable during this stage of their lives.

How You May Be Able to Lower Your Insurance Costs

While there isn't much we can do about the rising cost of insurance itself, there are steps you can take right now to lower your monthly payment or even possibly find cheaper coverage altogether.

Looking to Save on Your Homeowner’s Insurance?

The rising cost of homeowner’s insurance is a major problem that affects millions of Americans every year. The good news is that there are steps you can take to lower your insurance costs.

Interested in learning more about these options that could potentially save you hundreds or even thousands on your homeowner’s insurance? Contact us today to speak with one of our experienced agents.